Our goal is to provide Premium Hemp Products and Hemp Education. We have started with local farmers in San Diego County with high quality seeds from Alaska, Oregon and Northern California. 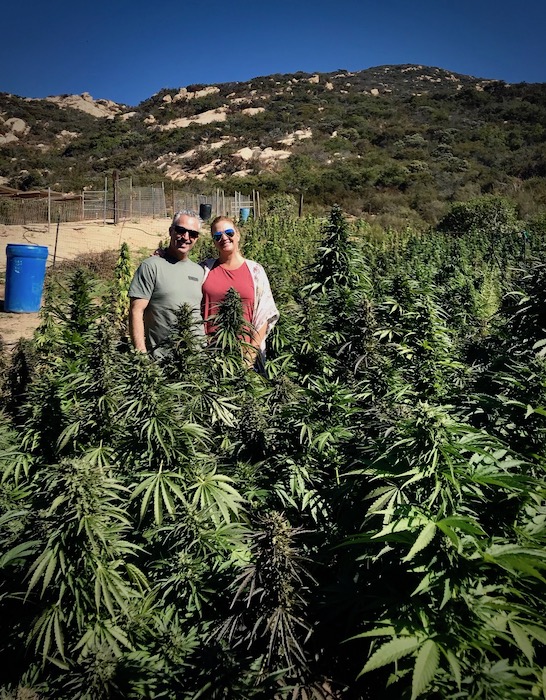 Our mission is one of healing. We want to restore health and well-being through education, wellness programs and high quality cannabis products. At our farm in San Diego County, California we are able to grow all year round, making this an optimal location for a future educational wellness center and research facility. We have started with high quality hemp seeds and the four principles of organic farming — health, fairness, ecology and care. This vision for agriculture inspires environmentally friendly cultivation and production.

The four Principles of Organic Farming include:

Inya Hemp products are made in small batches and slow cooked in a carrier oil. This process of Decarboxylation and Extraction provides a full spectrum of cannabinoids and produces a minimal amount of waste. We do not use chemical processing to produce isolates or Co2 Extraction due to the amounts of crude waste produced and the loss of the full spectrum cascade effect. Our full spectrum products contain so much more than just CBD or CBG, including a wide range of beneficial cannabinoids, terpenes and other phytonutrients. We never use pesticides or herbicides on our crops. We rigorously third-party test at every stage from seed to shelf so you can feel confident you are getting the highest quality product on the market.

We want everyone to know that Hemp is one of the most useful plants on Earth. For thousands of years, the hemp plant has been used for food, textiles, paper, fabric, and fuel oil. Hemp was an important crop from Colonial times through World War II, when it was last widely planted across the United States for the war effort. Then the Controlled Substances Act of 1970 made cannabis a schedule I drug. Schedule I drugs are considered to have a high potential for abuse, addiction and no medical use. This was widely criticized by the medical community at the time, many physicians had been prescribing marijuana for seizure disorders and depression. This Act halted scientific research and end the growth hemp as well due to the difficulty of regulation and testing of the two plants. Hemp and Marijuana are both Cannabis plants, but the cannabinoid levels are very different. Hemp naturally has very low levels of THC and higher levels of CBD.

Under the 2018 United States farm bill, industrial hemp production was federally legalized. It removed hemp, defined as cannabis (Cannabis sativa L.) and derivatives from the definition of marijuana in the Controlled Substances Act. Before the Farm Bill of 2018 passed, cannabidiol oil or “CBD” and the psychoactive “THC” had no legal differentiation. Today, modern hemp processing technologies have made it possible to create alternatives to gasoline, plastic, and other petroleum products that can reduce our reliance on expensive fossil fuels and reduce pollution. The hemp plant is a renewable resource that can be produced domestically. It grows quickly, naturally resists plant diseases, requires little weeding, thrives in most climates, and enriches the soil it grows in. Cannabis is a very powerful alternative medicine that will eventually lead to less need for pharmaceutical medicine. Pharmaceutical companies heavily lobby federal agencies directly to prevent the liberalization of marijuana laws due to the drop in use of multiple medications including medications for pain, depression, anxiety, seizures, sleep disorders, glaucoma and psychosis to name a few.

Please check out our education pages for further information and references: